Southern Nevada is home to nearly 260,000 Asian Americans and Pacific Islanders (AAPI). Since 2000, the AAPI population has grown 228%, according to U.S. Census data. And Asians alone are expected to become the largest immigrant group in the county by 2055, according to a 2020 report from Pew Research Center.

During May, National AAPI Heritage Month, Gov. Steve Sisolak proclaimed May 18 Asian Culture Day in Nevada to recognize the group’s contributions to the Silver State. Locally, the Asian Community Development Council announced the opening of the Healthy Asian Pacific Islander (HAPI) Medical Center. The clinic will be geared toward those who are uninsured, underinsured and underserved in the AAPI community. 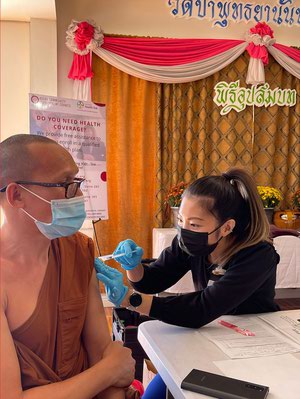 Medical Director Dr. Mai Vi Hoang says a targeted clinic is much-needed, given that the number of doctors in the state has not kept up with the AAPI population growth rate. She points to other key factors, too. “A lot of them are first generation. They [might] have a language barrier,” Hoang says. “They don’t have a retirement fund as they age. They don’t have Social Security money that’s saved up.”

Hoang and clinical director Dr. Michelle Lin are preparing for the center to open at the Asian Community Development Council headquarters next month, setting up primary care and a foundation to develop specialty care Hoang says is “lacking” in the community, such as gastroenterology, pulmonology and infectious disease.

Doctor and nurse shortages present a problem for public health in general, leaving many to fall through the cracks, and the COVID-19 pandemic highlighted and exacerbated disparities in health care among minority groups. It forced public health administrators to see the shortcomings of institutions in communicating and providing effective care for these groups, which comprise more than 57% of Clark County’s population. It also led to more conversations about social determinants of health such as class, housing and access to health care and paid sick leave. 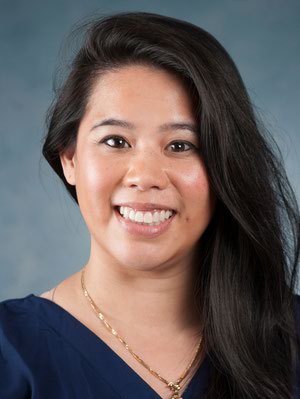 Black, Latino and Asian Americans were overrepresented among frontline and in-person workers at the start of the pandemic, and thereby had a higher risk of exposure to the virus, long-term health complications and death. According to research from the UNLV School of Public Health and published in the Nevada Journal of Public Health in 2021, 56% of Americans had to work in person in 2020 during the pandemic; Latino and Black people were overrepresented, at 71% and 61%, respectively. COVID-19 hospitalization rates among Latino and Black people were about three times higher than non-Hispanic white people, with death rates about two times higher.

According to the study, Asians experienced COVID-19 hospitalizations and deaths at the same rates as non-Hispanic white people; some groups were still disproportionately exposed to the virus, however. Pacific Islanders were overrepresented among in-person workers at the start of the pandemic, and overrepresented in health care support, child care and warehousing jobs. Some AAPI subgroups were overrepresented in medical jobs, such as Filipinos in nursing. According to a study from National Nurses United, among 213 registered nurses who died from COVID-19 in the first few months of the pandemic (as of September 2020), 67—or 31%—were Filipino.

Aside from occupational trends, other social determinants to health contributed to higher rates of COVID-19 transmission. According to research from the UNLV School of Public Health, minorities are more likely to share housing for financial reasons, and more likely to have multiple generations living in the same household, increasing the risk of virus transmission among those groups. Other determinants—including access to paid sick leave, access to health care and distrust of health care—contributed to more infections among minorities.

HAPI Medical Center directors say they hope the new facility will raise the bar for patient-centered care, which emphasizes approachability, cultural awareness, availability and affordability. One critical component for that quality of care will be language translation services, says Chloe Hsia, director of strategic initiatives with the Asian Community Development Council (ACDC).

“That connection to the community is incredibly important,” Hsia says. “Almost all of our staff at ACDC are bilingual or trilingual.”

A clinic specifically geared toward the AAPI community might help address higher rates of Asian Americans and Pacific Islanders who are underinsured or uninsured. According to the U.S. Office of Minority Health, 6.6% of Asian Americans and 9.1% of Native Hawaiian Pacific Islanders are uninsured compared to 6.3% of non-Hispanic white people. The clinic is working on developing a sliding-scale fee proportionate to patients’ income levels, Hsia says.

As for prevalent conditions among the AAPI community, Asian Americans and Pacific Islanders have higher risks of cancer, heart disease, stroke, diabetes, hepatitis B, HIV/AIDS, smoking, tuberculosis and liver disease. Infrequent medical visits, language and cultural barriers and lack of health insurance might contribute to the high prevalence among these groups, according to the Office of Minority Health. Lin says cultural awareness—such as a nonjudgmental approach toward alternative health practices—can help combat these common conditions.

“Being able to bridge that gap for them is very important—[letting] them know that we don’t look down on them for using herbs and teas—and that we will make it work,” Lin says. We’ll make the herbs and other alternative treatments work in conjunction with Western medicine, and help them not be afraid.”

Click HERE to subscribe for free to the Weekly Fix, the digital edition of Las Vegas Weekly! Stay up to date with the latest on Las Vegas concerts, shows, restaurants, bars and more, sent directly to your inbox!

Can Public Well being In point of fact Be Client Pleasant?