Jupiter, Saturn, and Mercury come together in a triple conjunction

From January 8 to January 12, Space.com said that the three planets came together in tight quarters after 30 to 45 minutes post sundown.

On February 18, 2021, ‘Perseverance’, the biggest, most advanced rover ever sent by NASA, became the ninth spacecraft since the 1970s to successfully land on Mars. The car-size, plutonium-powered vehicle arrived at Jezero Crater, hitting NASA’s smallest and trickiest target yet: a 5-by-4-mile strip on an ancient river delta full of pits, cliffs, and rocks. Scientists believe that if life ever flourished on Mars, it would have happened 3 billion to 4 billion years ago when water still flowed on the planet.

NASA is teaming up with the European Space Agency to bring the rocks home. Perseverance’s mission alone costs nearly $3 billion.

Dr. Swati Mohan. Mohan who is the Mars 2020 Guidance, Navigation, and Controls (GN&C) Operations Lead, successfully spearheaded the development of attitude control and the landing system for the Perseverance.

At NASA’s Jet Propulsion Laboratory near Los Angeles, Swati Mohan was communicating and coordinating between the GN&C subsystem and the rest of the project’s team.

Swati Mohan was the one who confirmed the landing of the Perseverance rover on Mars. “Touchdown confirmed! Perseverance is safely on the surface of Mars, ready to begin seeking the signs of past life,” she announced soon after the rover landed.

Swati Mohan emigrated from India to America when she was just one year old. She spent most of her childhood in Northern Virginia-Washington DC.

READ MORE | Who is Swati Mohan?

The Indian Space Research Organisation on February 28, 2021, launched ‘Sindhu Netra’, a satellite developed by the DRDO to monitor the activities of military and merchant navy ships in the Indian Ocean Region.

On March 14, 2021, the spacewalk, which assisted with continued upgrades to the orbiting laboratory, began at 8:14 a.m. ET and ended at 3:01 p.m. ET, lasting for six hours and 47 minutes. US astronauts Victor Glover and Mike Hopkins arrived on the space station in November as part of the NASA-SpaceX Crew-1 mission. This will be Glover’s fourth spacewalk and the fifth for Hopkins.

The spacewalk occurred around the one-year anniversary of many Americans going into quarantine. Hopkins and Glover addressed the timing in a video released by NASA.

Billionaire Richard Branson reaches Space in his own ship

The nearly 71-year-old Branson and five crewmates from his Virgin Galactic space-tourism company reached an altitude of about 53 miles (88 kilometers) over the New Mexico desert — enough to experience three to four minutes of weightlessness and see the curvature of the Earth — and then safely glided to a runway landing. Swashbuckling entrepreneur Richard Branson hurtled into space aboard his own winged rocket ship Sunday, beating out fellow billionaire Jeff Bezos.

Sirisha Bandla, a 34-year-old aeronautical engineer, flew into space onboard Virgin Galactic’s first fully crewed flight test. A Purdue University alumna, Bandla will be evaluating the human-tended research experience, using an experiment from the University of Florida that requires several handheld fixation tubes that will be activated at various points in the flight profile.

Astronomers have, for the first time on July 21, 2021, uncovered evidence of water vapour in the atmosphere of Jupiter’s moon Ganymede using NASA’s Hubble Space Telescope. This water vapour forms when ice from the moon’s surface sublimates — that is, turns from solid to gas. The findings are published in the journal Nature Astronomy.

In a groundbreaking discovery on July 29, 2021, scientists have for the first time directly observed light from behind a black hole — a scenario that was predicted by Albert Einstein’s theory of general relativity but never confirmed, until now.

In a stunning new discovery, the Indian Space Research Organisation’s (ISRO) homegrown instrument aboard Chandrayaan-2 has detected presence of hydroxyl (OH) and water molecules (H2O) on the Moon. Thanks to its range of 0.8-3 micrometers, the spectrometer successfully distinguished the two without any ambiguity. 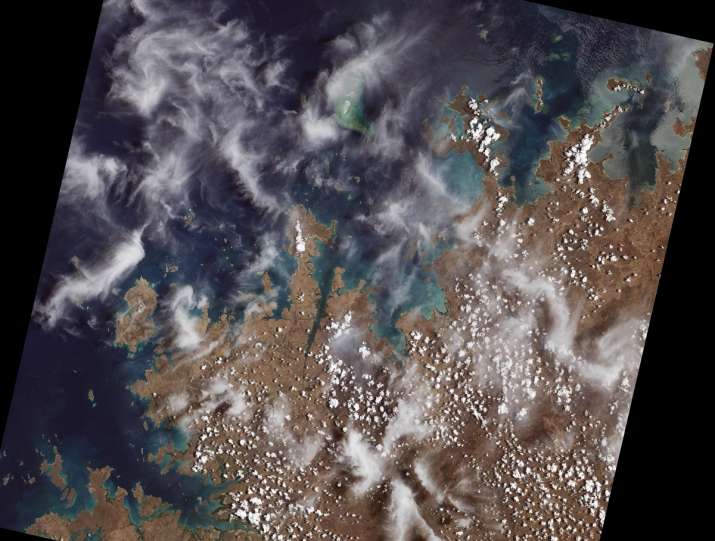 SpaceX’s first private flight blasted off on September 26 with two contest winners, a health care worker and their rich sponsor, the most ambitious leap yet in space tourism. It was the first time a rocket streaked toward orbit with an all-amateur crew — no professional astronauts.

A trio of Chinese astronauts returned to Earth on Friday after a 90-day stay aboard their nation’s first space station in China’s longest mission yet. Nie Haisheng, Liu Boming and Tang Hongbo landed in the Shenzhou-12 spaceship just after 1:30 p.m. (0530 GMT) after having undocked from the space station on September 17, 2021. 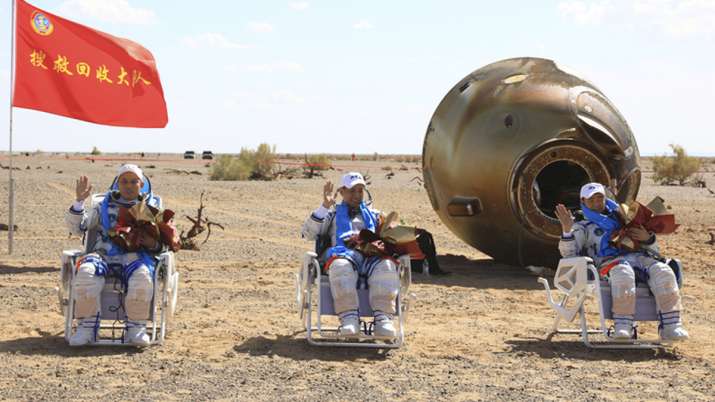 Perseverance reveals the history of water on Mars 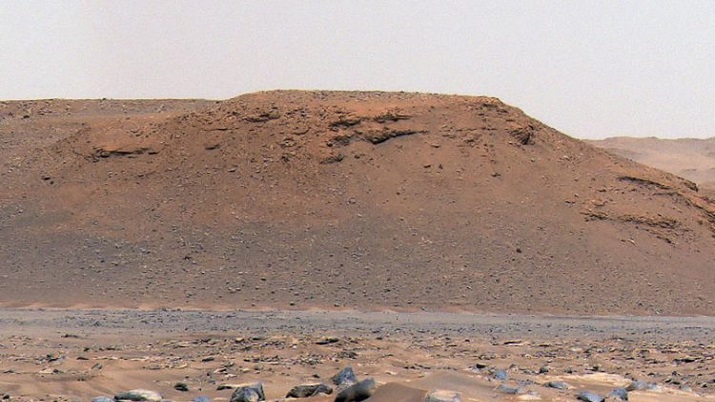 Perseverance explored the floor of Jezero Crater, which was once a lake, and a dried-out river delta at the crater’s edge. Based on the detailed images sent by the six-wheeler rover on Mars, the team has now published first scientific results about the Jezero Crater delta in the journal Science.

The images reveal that billions of years ago, when Mars had an atmosphere thick enough to support water flowing across its surface, Jezero’s fan-shaped river delta experienced late-stage flooding events that carried rocks and debris into it from the highlands well outside the crater.

China on October 15 launched a three-person crew for a six-month mission aboard its space station that is planned at setting a new record for the length of time spent in space by Chinese astronauts as the country moves toward completing the orbiting structure. 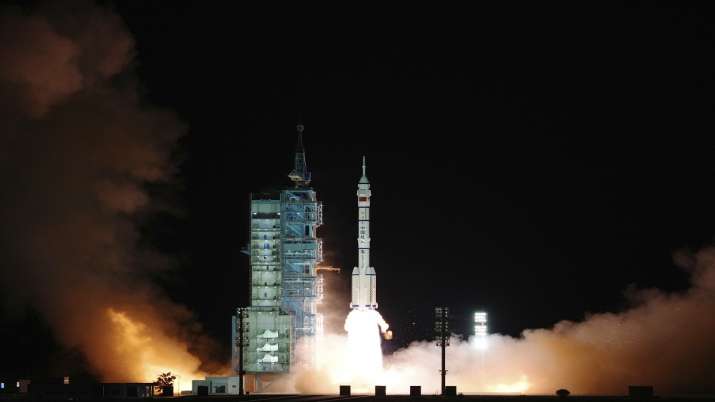 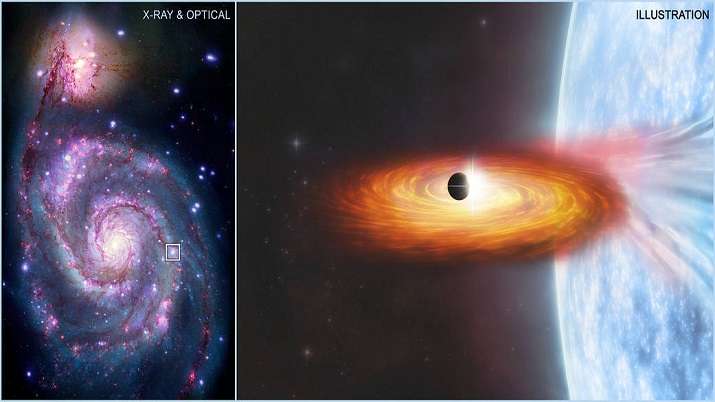 On October 26, 2021, NASA’s Chandra X-ray Observatory has for the first time spotted signs of a planet transiting a star outside of the Milky Way galaxy, opening up a new avenue to search for exoplanets at greater distances than ever before.

On November 11, A SpaceX rocket has carried four astronauts toward orbit, including the 600th person to reach space in 60 years.

Indian-American US Air Force Colonel Raja Chari has been selected as the Commander of the SpaceX Crew-3 mission to the International Space Station (ISS) by NASA and the European Space Agency. Chari, 43, will serve as the commander while NASA’s Tom Marshburn will be pilot and ESA’s Matthias Maurer will serve as a mission specialist for the SpaceX Crew-3 mission to the ISS, which is expected to launch next year.

Read more: Who is Raja Chari?

For the first time in history, a spacecraft has touched the Sun. NASA’s Parker Solar Probe has now flown through the Sun’s upper atmosphere — the corona — and sampled particles and magnetic fields there, the US space agency has said on December 16. 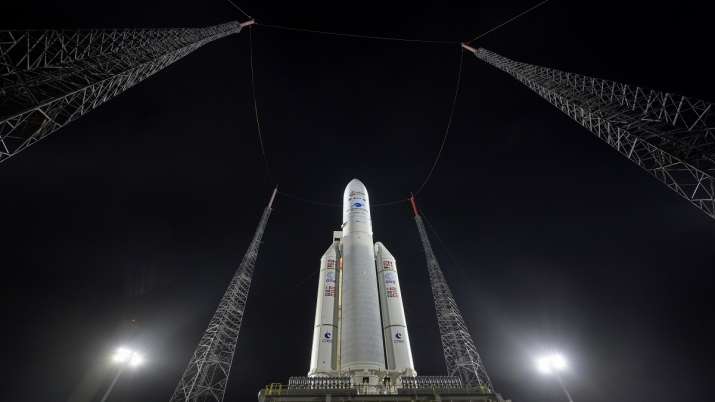 The world’s largest and most powerful space telescope rocketed away on Christmas, December 25 on a high-stakes quest to behold light from the first stars and galaxies and scour the universe for hints of life. 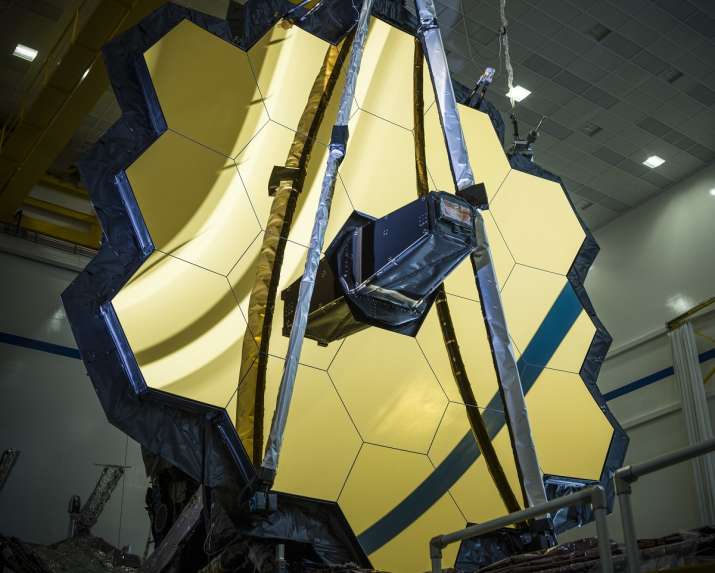 While 2021 has been a great year of space exploration, 2022 has many more milestones in store for the world.